The amount of plastic waste in oceans and seas is growing rapidly and causes widespread concern. On 28 May 2018, the European Commission presented a comprehensive set of measures in the new single-use (SUP) directive to address the important issues of littering and marine pollution, with the additional objective to stimulate the circular economy*.

From proposal to agreementIn May, the European Commission proposed new EU-wide rules that target the 10 single-use plastic products most often found on Europe's beaches and in the seas for which non-plastic alternatives are readily available.The proposal banned items such as plastic straws, balloon sticks, drank stirrers. Instead, all of these products have to be made exclusively of sustainable materials. It also required consumption reductions of single use plastic cups, plates, and food containers. Furthermore, producer responsibility measures are planned in the field of waste management and awareness.The industry will also be given incentives to develop less polluting alternatives for these products. Certain products will require a clear and standardised labelling which indicates how waste should be disposed, the negative environmental impact of the product, and the presence of plastics in the products. On the 19th of December, approximately six months later, EU negotiators struck a provisional agreement on banning single-use plastic products. The provisional agreement still needs to be approved by the EU states and EU parliament, and is expected to come into effect in two years time. 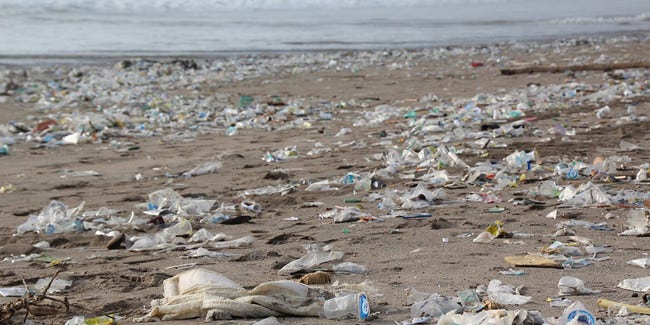 MeasuresA comprehensive package of measures because these kind of single-use products are considered as the biggest part of the problem. Together they constitute 70% of all marine litter items. Much plastic waste is washed into the ocean, where it may take centuries to fully degrade and finally accumulates in seas, oceans and on beaches in the EU and worldwide. Plastic residues are found in marine species - such as sea turtles, seals, whales and birds, but also in fish and shellfish, and therefore in the human food chain. While plastics are a convenient, adaptable, useful and economically valuable material, they need to be better used, reused and recycled (and not used for single-use products). Our view The agreement will be reviewed, meaning there is no guarantee it will enter EU law in its current manner. There will be continued debate as to the specifics of the directive up until it is entered fully into force as EU law. As responsible use of single-use products is vital, we believe that this agreement does present an opportunity for a further shift in consumer behaviour. All our products are made of renewable, biodegradable & compostable (raw) materials such as sugarcane, palm leaf, paper and recycled cardboard. In line with our view, we support naturally the legislative guidance for responsible production and consumption, littering prevention and recycling. In this sense, we hope that in the further development of this directive the emphasis will be placed on sustainable materials, raising awareness and the creation of a fertile ground for investments in recycling and composting opportunities.

*Zero-waste economic model in which resources are used to maximum capacity and natural systems are regenerated.